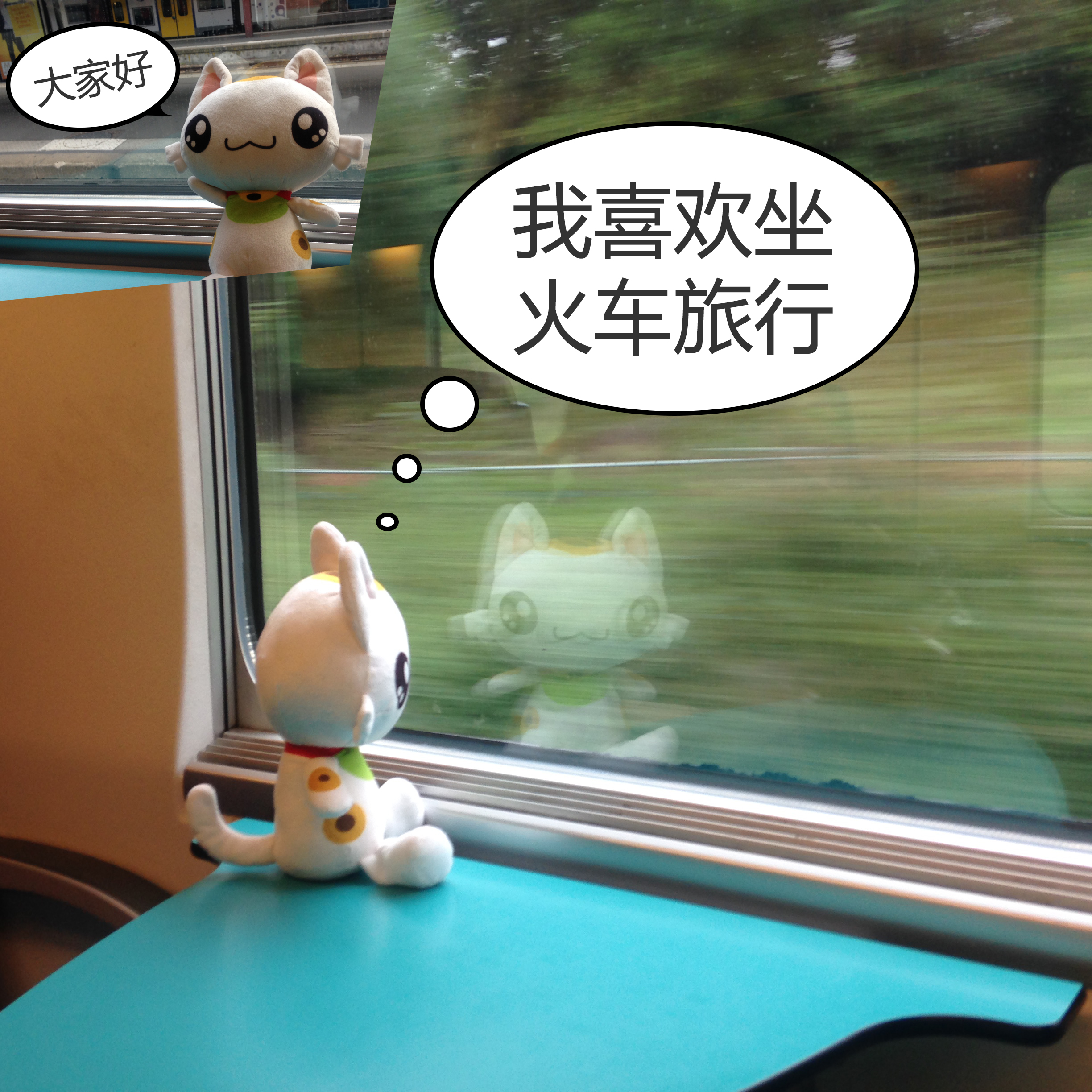 I love taking the train to travel

Let’s break down the words:

Did you know?  To say “to take the train”, the Chinese say 坐火车, which literally means “to sit (in) the train”. That actually makes a lot of sense. When you take a train, you’re sitting on the train, not driving it, so why not be specific and say that instead of just “take”? Make sure you remember. In a similar fashion, you can say  坐公共汽车 to take the bus or  坐飞机, to take a plane.

Stay tuned for more of Nincha’s adventures and travels!