East vs West – one pictograph at a time

Can you guess which picture shows the Chinese way of thinking and which one depicts the Western Way of thinking? We all know there are big differences in the way Westerners see the world and the way people in Asia see the world. A picture is worth more than a thousand words (or so they say) so what better way to showcase these differences than through pictographs?

Yang Liu, a Chinese designer currently living in Germany, proceeded to do just that in her book East vs West (buy the book). See more pictographs after the jump! 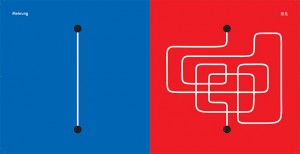 Sundays on the street: East vs West 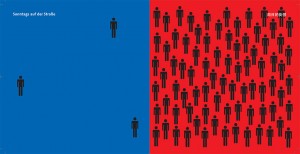 Are you more a fan of big crowds or calm moments on your own? Take your pick! 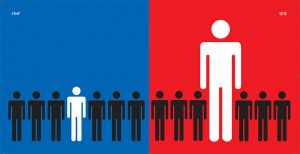 Are the pictographs a bit clichées? Sure, and the book favors the German way of thinking (as the author lives there!)… but the book is still quite entertaining!  To see more East. vs West pictographs, head to Bored Panda!

A similar method was used more recently to contrast Paris and New York. If you’ve never seen this book either, check it out!

Ninchanese is a new platform where you’ll have fun learning Chinese. Stay in touch with us on Facebook, Twitter, Google + and Weibo.