Winner of the Ninchallenge tournament

We’re very proud to announce the winner of the very first Ninchallenge Tournament. And the winner is…. 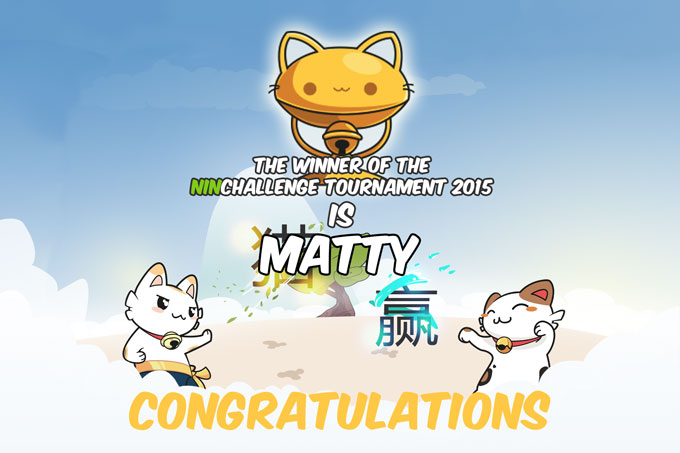 Matty is the Ninchampion with 13687 total points. Incredible!

Up to the end, the Ninchallenges raged on and it was a close call. Our two outstanding runner-ups are:

Molinsen is second and gets the silver with 13537 points (so close!). Awesome! 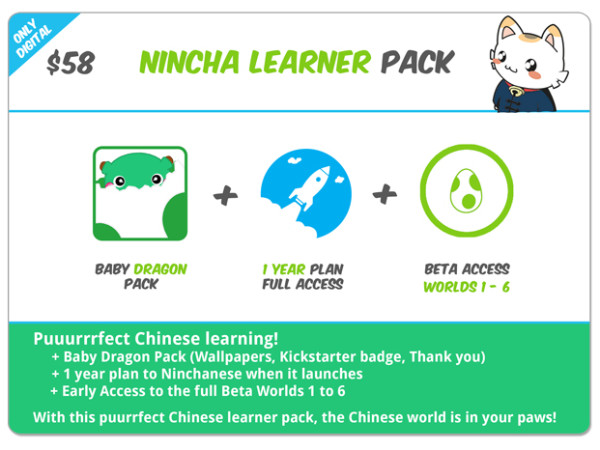 Molinsen, you win a super cool Nincha Learner Pack, which includes full beta access and a one year subscription to Ninchanese!

Aileen, who gets the bronze with 9473 points, came in third. Congrats!

The prize: Early access to the full beta (worlds 1- 6) and a six month subscription to Ninchanese!

We also have our second weekly winner! This second week’s weekly prize goes to Meir! Congrats, Meir, you win early access to the full beta!

A surprise gift for everyone!

Last but not least, we have something for all of you. You were all awesome and we wanted to say congratulations to all the Ninchallengers who took part in the Ninchallenge Tournament. 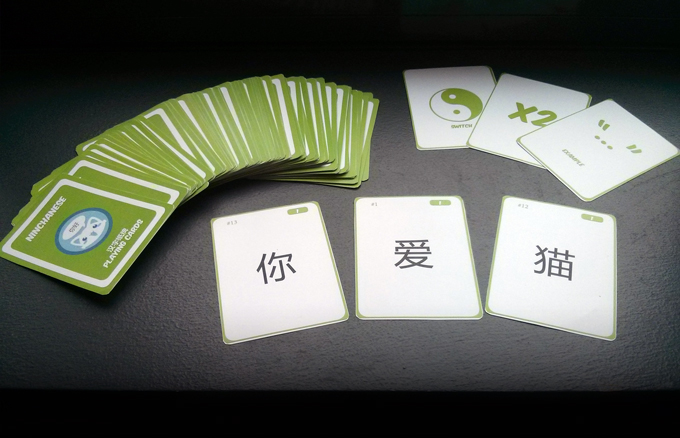 Each and every one of you will be getting a pdf copy of the Ninchallenge Card Game — just print, cut and play! Perfect to take on the beach and keep Ninchallenging your friends and family.

Ninchallengers, expect to hear from us soon, with details on how to claim your prizes.

If you took part in the Ninchallenge Tournament but didn’t leave an email address, we want to hear from you! Contact us to claim your prize!

Missed the Ninchallenge Tournament? There’s always next year! In the meantime, come join the Ninchallenges on Ninchanese. Sign up here to get access! You have a year to to get ready and to become a prepared and honed Ninchallenge!

Ninchanese combines addictive game mechanics, cute cats and efficient Chinese learning techniques to make learning Chinese a lot of fun! Now live on Kickstarter and extremely close to being funded! The app is now in beta so sign up now for early access to the beta! Check out our trailer and stay in touch with us on Facebook, Twitter, Google + and Pinterest.

The Ninchallenge Tournament is now open!