8 Unexpected Words that Contain a Dragon in Chinese

Let’s talk dragons. Yeah, those magnificent mythical creatures. Dragons are super popular in Chinese, so it is no surprise that many Chinese words contain the character dragon. To say dragon in Chinese, you say 龙 lóng, by the way.

The following Chinese words, quite surprisingly, all have dragons in them. Which ones did you expect the least?

The name for faucet in Chinese is cool. It’s composed of:

What’s a Water-Dragon-head? Why, a “faucet” or a “tap”, of course! A little underwhelming, perhaps? Wait till you see this.

Sigh, if only all our faucets could look as dragonny as this one. Source

That’s why 水龙头 is our first word with a dragon in it!

In the same (water) vein, you have 龙头 which means a bicycle handlebar (as well as a faucet).
Interestingly, it also means “boss” or “chief”. That one’s easier to picture as a dragon head.

Literally dragon roll (doesn’t that make you hungry?), 龙卷 is how the Chinese say “Tornado” in their language. 龙卷 also means “Twister”.

Even the English name looks like it considered being a dragon, and then gave up halfway, only to come up with tarragon instead.
So way to go, the Chinese language, for being brave enough to include the word dragon in the name for tarragon in Chinese.
Yes, 龙嵩 is how to say tarragon in Chinese. You can also use 龙蒿 lóng hāo. Same dragon, same meaning.

Ah, the dragons of shrimp. We’re talking about lobsters, of course! Can you picture it? They are much bigger and badder than puny little shrimps! 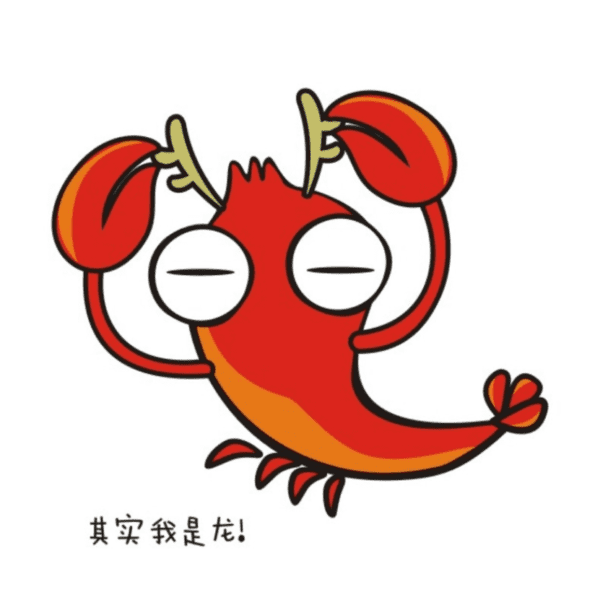 So, 龙虾 is how you say lobster in Chinese.

Two other fish and shellfish also have a 龙 in their name.

龙利, lóng lì, sole
Flat like a dragon? Like a dragon took a trip to 2D and became a flatfish.

Okay, this one isn’t so nice, and as fierce dragon lovers and protectors, we protest. But a word’s a word, so 龙钟 is a way to say someone is senile in Chinese.

How did this word come to mean “decrepit, senile”? That’s a question even the Chinese ask themselves.
Perhaps because as we age, we start to resemble a bell with droopy dragon ears that can’t hear much anything? Care to venture a guess? Let us know in the comments.

a queue of people

When picturing a long line of people, you might think more of a snake in English. But the Chinese are all about dragons, and we love them for that.
So when you want to talk in Chinese about a large group of people waiting in line, say, in front of the post office, you can say 人龙. That literally means people dragon, and when you see the length of some queues, you have no trouble imagining why.
人龙 is a queue of people in Chinese.

Dinosaurs. Huge, powerful, mysterious creatures that roamed the Earth in ancient times called something close to dragons? Mm, that works for me. Fear dragons!

Is it a dragon? A dinosaur? A dragonosaur! — Concept art by Saleh Ahmad

Fun fact: most dinosaur names in Chinese have a dragon in them!

For example:
A velociraptor in Chinese is 伶盗龙, líng dào lóng.

A triceratops in Chinese is 三角龙, sān jiǎo lóng, a 3 horn dragon. Nice!

Bonus: 4 Chinese Loanwords that also have a dragon in them

Borrowed for its beautiful “long” sound, the word Dragon in Chinese is also found in these words imported from other languages:

Similarly, the Chinese conjured up the characters “sand” and “dragon”, for their phonetic pronunciation of the word “salon”.
Salon in Chinese is 沙龙, shā lóng.

Macarons can either be, depending on your viewpoint, either sweet French delicacies or yummy coconut treats. In either case, they’re sugary bliss. So much so that the Chinese decided you needed:
A horse (马), your card (卡), and a dragon (龙) to get some quickly enough. Just kidding, these characters were all borrowed for their sounds, of course, to form the word “macaron”. 马卡龙, mǎ kǎ lóng, is a macaron in Chinese.

Lastly, Upsilon, the goatlike greek letter Yu was another excellent candidate for the character 龙. 龙 does indeed sound quite close to “Lon”.
宇普西龙, yǔ pǔ xī lóng is Upsilon in Chinese.

What did you think of these Chinese words? Unexpected to find dragons in them, right? Bet you wouldn’t have guessed all these words had a dragon in them! It shows how important dragons are in Chinese “animal culture”. So much so that they created lots of words with the Chinese character for dragon in them (128 in fact!).

Liked this article? Then you’re going to love this meowsome article on Five Words you didn’t expect to find a Cat in! Yeah, at Ninchanese, we’re all about cats, dragons, and learning Chinese.

With Ninchanese‘s effective and personalized learning method, learning Chinese is fun and easy. You’ll stay engaged and motivated to progress until you master Mandarin Chinese.

Quick progress in Chinese at your level

Ninchanese is designed for all levels of Chinese, from beginners to advanced Chinese learners. So, whether you already have a background in Chinese or not, you will enjoy a way of learning Mandarin, both enjoyable and effective.

Ready to learn to speak Chinese? Sign up and try it now FOR FREE!