Chinese Word Building: How to say to joke in Chinese 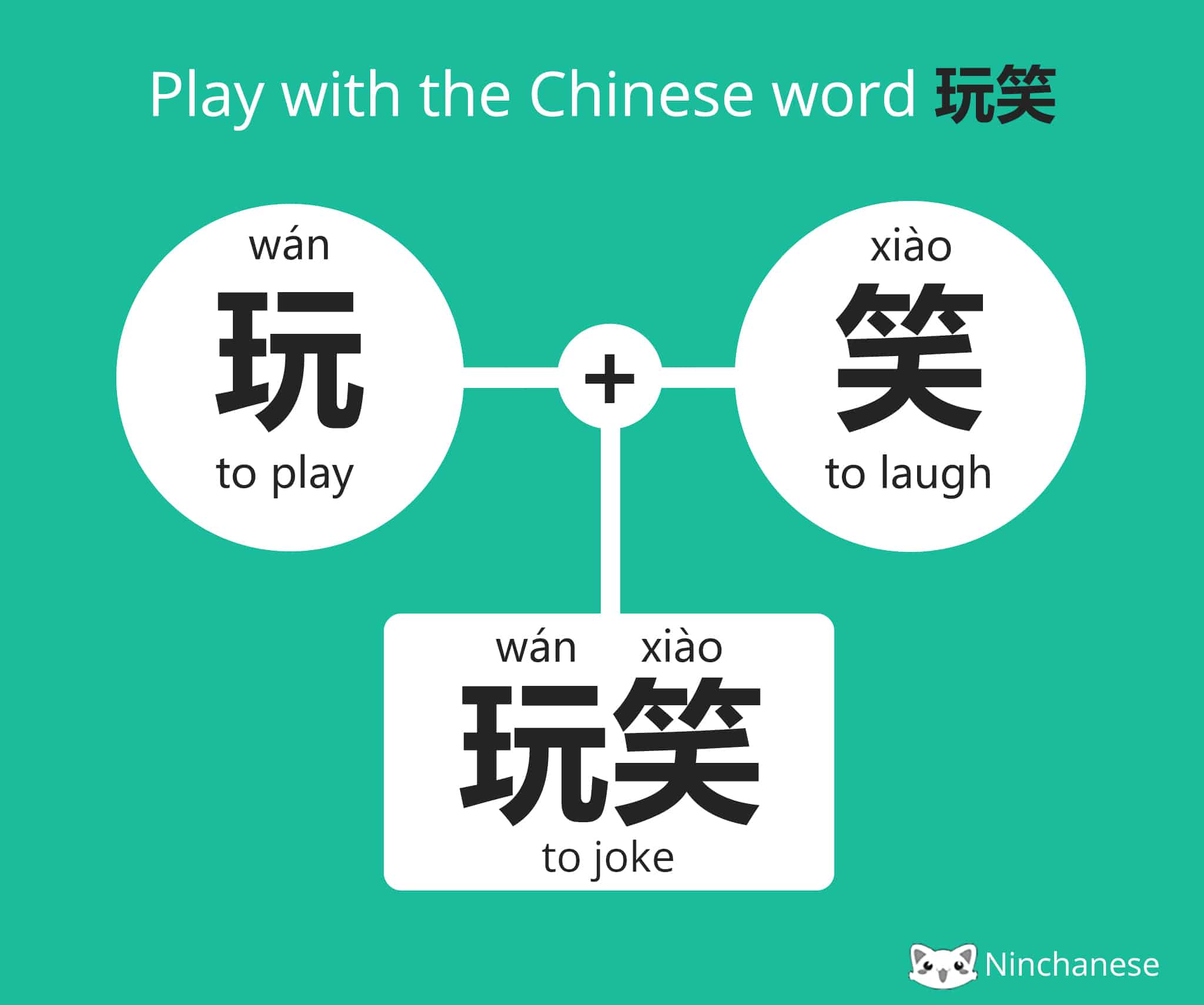 Chinese Word Building: How to say to joke in Chinese

Time for a new word-building! Today’s “Play with Chinese words” concerns Chinese humor! It’s all about playing and laughing. You are with your friends and one of your friends cracks a joke. everyone laugh and so the party starts. It’s the best time of your life for sure. A joke a day keeps the doctor away! So let’s play with the Chinese words 玩 and 笑 ! Together, they make the word 玩笑 , have you heard of  it? If you haven’t, no worries. Read on and we’ll explain everything to you.

First, a question for you: what starts with playing and ends with laughing in Mandarin?

No clue? Ok, so do you know how to say to joke in Chinese? That’s the answer!  The Chinese use 玩笑 to say “to joke”!

How to say to joke in Chinese: 玩笑

玩笑 means to joke and usually, you’ll use it with the verb 开 like 我开玩笑. If you want to say “I’m just kidding“, the expression also uses 玩笑: 只是开玩笑   – zhǐ shì kāi wán xiào – Just kidding!

Breaking down 玩笑 shows you it’s an adorable term. To see that, you just need to understand the meaning of the individual characters that compose it.

Now you understand better why we asked you, in the beginning, to guess what starts with playing and ends with laughing, right?

In Chinese, playing to make people laugh is how you “joke”. Isn’t that a very accurate way of describing joking? 🙂

Can you think of a better description of how to say to joke in Chinese?

That’s all for today folks! See you next week for the next Play with Chinese words! In the meantime, have fun playing jokes with your friends!

Don’t hesitate to comment with your best jokes in the comments!

The Ninchallenge Tournament is now open!